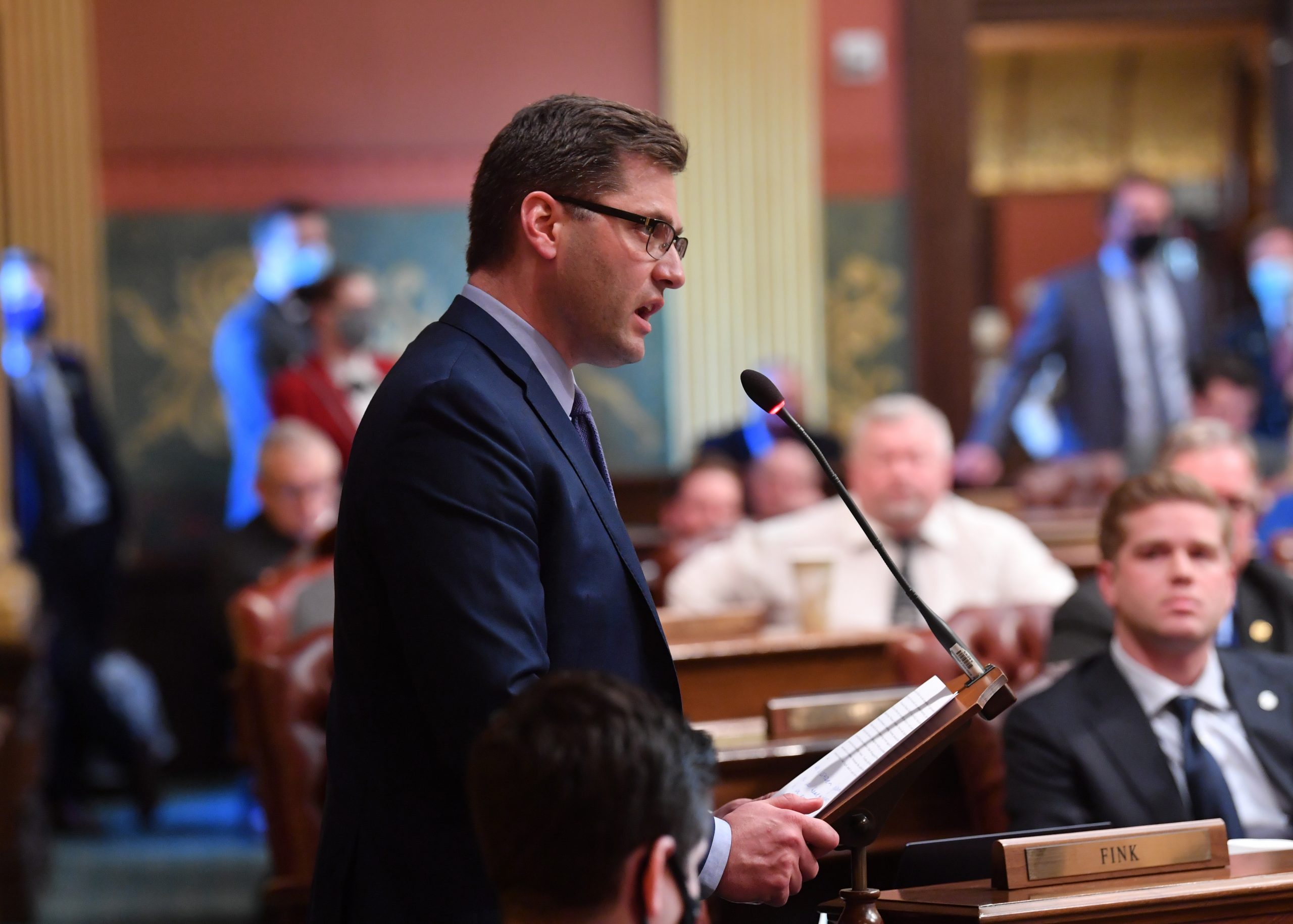 The measure designates the portion of M-49 between W. Montgomery Road and Austin Road in Camden Township in Hillsdale County as the “Marine Sergeant Michael P. Hodshire Memorial Highway.”

Sergeant Hodshire was a Hillsdale County native and member of the 2nd Marine Division, II Marine Expeditionary Force. He passed on Oct. 30, 2005 of wounds sustained from indirect gunfire near Fallujah, Iraq while serving during Operation Iraqi Freedom. He was 25 years old at the time of his death. He is survived by his two children, parents, one brother, three sisters and grandparents.

“This designation is the least we can do to recognize Sergeant Hodshire’s sacrifice and that of his family,” Fink said. “It is an honor to play a role in ensuring his life and heroism is not forgotten here in Hillsdale County.”

The naming of highways and bridges is often used to memorialize people or events of significance to the State of Michigan or its many local communities. The Michigan Memorial Highway Act is the mechanism for naming bridges and highways within the state.

Fink’s measure is now Public Act 99 of 2021. The legislation is the lawmaker’s first bill signed into law.