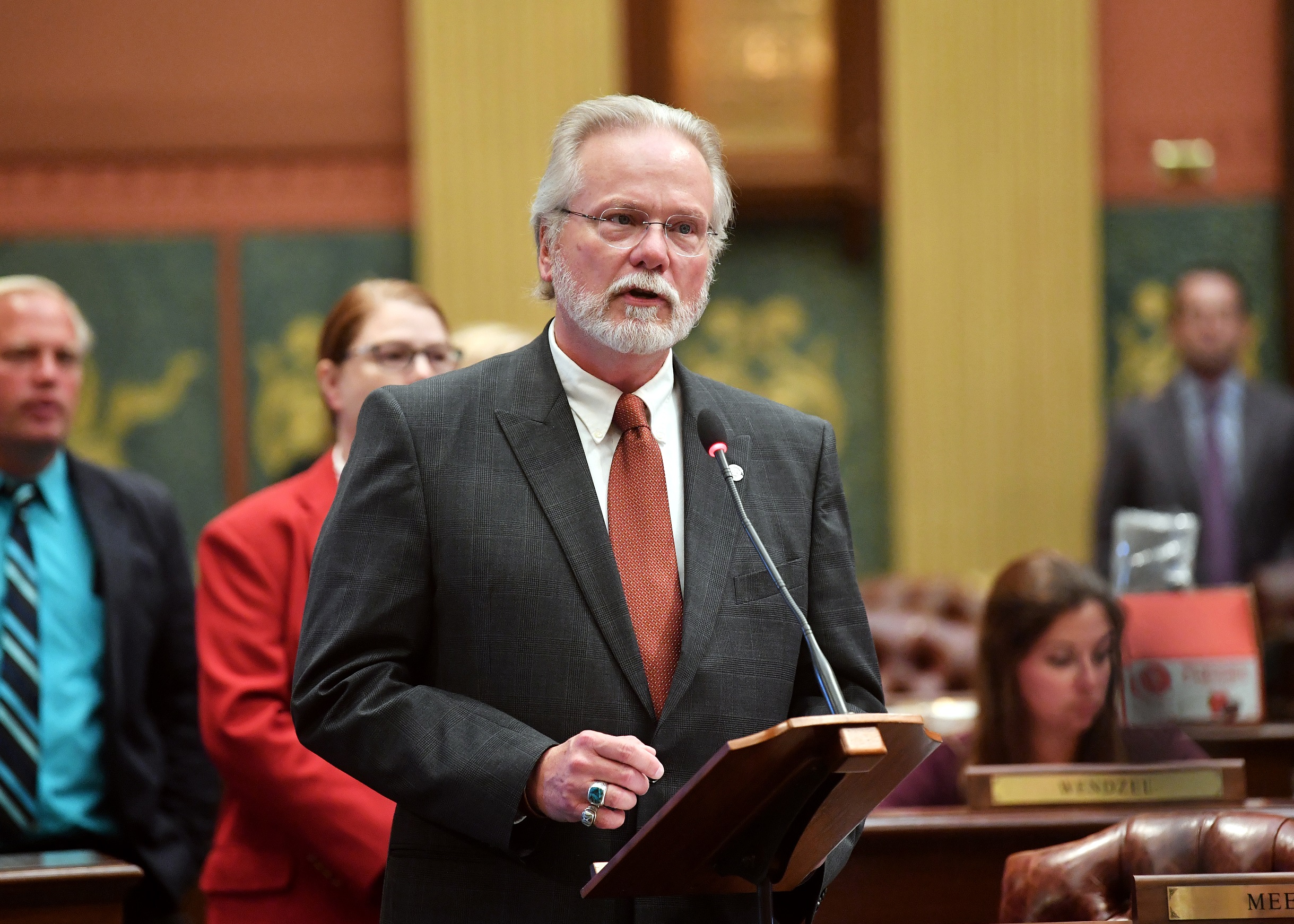 State Rep. Jack O’Malley on Thursday joined the Michigan House in approving an expanded plan to support law enforcement and public safety personnel while helping them better protect the people they serve.

The measures, approved with bipartisan support, include $368.5 million in funding and policy reforms to help law enforcement officers, firefighters and emergency medical services with recruitment and retention efforts, community outreach and equipment upgrades.

“Protecting people and their families across northern Michigan and our state is vital,” said O’Malley, of Lake Ann. “First responders play a major role in public safety and it’s important that they have the resources they need to do the job effectively.

“This is a substantial commitment to safety in Michigan.”

The revised plan is an even bigger commitment than the preliminary $80 million plan the House approved in May and the $250 million plan House Republicans unveiled last month. In the wake of the tragic school shooting in Oxford this week, O’Malley and House members provided additional funding for school resource officers to work proactively with students and families – raising the total allotment from $10 million to $50 million.

“The response time was accelerated with an officer in that building,” O’Malley said. “Local law enforcement officials said that a school resource deputy and a responding deputy were able to disarm and arrest the suspect. This is a system that worked to prevent further tragedy in an instance where an active shooter was present, and this funding will allow school districts across Michigan – including in our area of the state – to fund these positions and keep kids safe.”

Pillars of the House plan include:

Public safety personnel who miss work because of COVID-19 quarantine could be reimbursed for lost wages and leave time. An additional $7.5 million would support mental health assistance for local law enforcement, firefighters, EMS personnel and other public safety officers.

Policy changes will allow local law enforcement agencies to pay for a new recruit’s academy tuition and enter a five-year employment contract with them. If the recruit leaves within that period they would be required to reimburse the agency for a portion of the training costs based on the amount of time spent with the department after their training is complete.

Strengthening bonds in neighborhoods and schools: The plan provides $10 million in grants for community policing initiatives shown to improve relationships between officers and people in the neighborhoods they serve. The mix of community policing and mentorship that make the Police Athletic League so successful in Detroit would be expanded in communities across Michigan with a $15 million investment.

The plan now advances to the Senate for further consideration.

State Rep. Jack O’Malley today highlighted nearly $365 million in grants that will support roughly 6,000 child-care providers throughout the state, including in northern Michigan.

House Oversight Committee member Rep. Jack O’Malley says he is troubled by what he heard at the Capitol Thursday during a hearing with Unemployment Insurance Agency Director Julia Dale on a Deloitte report on $8.5 billion paid out for fraudulent pandemic claims. Rep. O’Malley says he questions whether a lack of answers Thursday results from […]

Legislator: Accountability owed to northern Michigan taxpayers State Rep. Jack O’Malley today said continued transparency issues with the state’s Unemployment Insurance Agency does not provide sufficient accountability to taxpayers, and that ongoing reform efforts will help re-establish faith in the agency’s ability to perform. In a joint hearing between the House and Senate oversight committees, […]

Rep. O’Malley talks about how Michigan moves into the new year with $57.5 million for a ‘Move to Michigan’ recruitment plan to help local police and sheriff’s departments hire officers now working in other states. The plan ensures officers moving to Michigan will keep retirement benefits they’ve already earned in states other than Michigan.